More than 850 years after its foundation, the Augustinian Canons Regular monastery of Novacella / Neustift, its community of Canons and staff, still carry out a wide variety of duties, all of which could be described as pastoral care in the wider sense. The monastery still maintains itself economically through the cultivation and sales of agricultural products such as culinary herbs and fruit. In addition the wines from the Novacella/Neustift vineyards and monastery winery are famous throughout the world and have scooped the most coveted national and international awards. The Abbazia di Novacella is located in the northern-most winegrowing region on the southern side of the Alps. The mineral-rich soils, the elevation (1,970 ft – 2,950 ft) and the cool climate are all factors which explain the intense aromas and flavours as well as fruity, mouth-watering acidity found in our wines produced from the typical white Valle Isarco valley grape varieties. The long drawn-out ripening period extending well into the autumn is crucial. 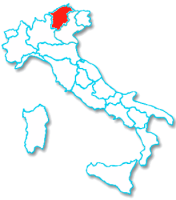 Trentino-Alto Adige/Südtirol is an autonomous region in Northern Italy. Since the 1970s, most legislative and administrative powers have been transferred to the two self-governing provinces which make up the region: Trentino and South Tyrol. From the 8th century until its annexation by Italy in 1919, the region was part of Austria-Hungary and its predecessors, the Austrian Empire and the Holy Roman Empire. Together with the Austrian state of Tyrol it is represented by theEuroregion Tyrol-South Tyrol-Trentino. With a past of poverty, the region is today among the wealthiest and most developed in both Italy and the whole European Union. The comparatively small winegrowing region of Alto Adige with its unique variety has precisely the necessary character for unique wines to achieve great acclaim.  What is unique in Italy is the fact that around twenty different grape varieties grow in Alto Adige.  This occurs on only 5,300 hectares (13,100  acres) of winegrowing zones, providing an average annual yield of around 350,000 hectoliters (3.9 million cases) of wine.