In 1993, Tino Colla and his niece, Federica, decided to join forces and create a new wine venture in the setting of the Langhe Albesi, driven by their attachment to their roots – those of a family that had been wine growers for generations – and by the desire to build something all their own while at the same time abiding by tradition. Poderi Colla comprises the following properties: Cascine Drago in Alba; Tenuta Roncaglia di Barbaresco and the Dardi Le Rose estate in Monforte. Three properties occupying outstanding sites, each specialising in growing different types of wine and covering a near-complete spectrum of Alba winemaking. Beppe Colla, Federica’s father and Tino’s brother, makes a fundamental contribution: over 60 years (his first harvest was back in 1949) of unique, impassioned, top-level experience in the production of Alba’s fine reds. All the wine - around 150,000 bottles yearly - is made from grapes grown on the estate, thus ensuring greater direct control at every step in the process, from vineyard cultivation to winemaking, maturing and bottling. 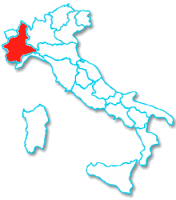 Piedmont is located right in the northwest corner of Italy, with Switzerland to the north, France just west and the beautiful Mediterranean coast line and fishing villages of Liguria only an hour and a half south. In the alpine zone it is very cold. The climate however in the lowland is continental: cold winters and often dry, warm summers. There are often formations of fogs as after all it is characteristic in Lowland Padana. On the shores of the lakes the climate is mild.;The Piedmont Wine Region, particularly in the Langhe sub region, is the land of castles, vineyards and romantic hills shrouded in mist. The Alps hover over this lovely wine region, and the region's names in fact makes reference to this (Piemonte means "at the foot of the mountain").